AIPAS is glad to announce three new appointments to its Board of Directors and Board of Arbitrators.

AIPAS Members’ Assembly appointed Dr. Daniele Luchena and Dr. Pierluigi Pirrelli as new member of the Board of Directors, in replacement of resigning members. Dr. Gino Bucciol has been nominated as member of AIPAS Board of Arbitrators. 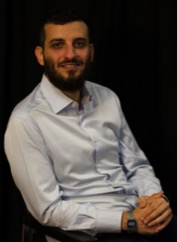 Daniele Luchena is CEO of Arca Dynamics, an innovative startup he founded in 2016 with colleagues of the School of Aerospace Engineering of Sapienza University of Rome. Arca Dynamics’ core business is Research and Development of enabling technologies for proximity operations (in-orbit servicing, formation flight, in-orbit assembly…). For example, the following technologies have been developed: an innovative attitude control system for proximity operations, innovative software for attitude determination through optical sensors, orbit optimisation system based on bio-inspired AI, a high-fidelity simulator for images captured from space. 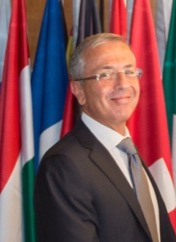 Pierluigi Pirrelli, ate the beginning of his career, worked for 11 years at FiatAvio (now AVIO) on research and development programmes and activities. In 2001 he became Chief Technical Officer of MerMec, a company based in Monopoli. In 2005 he came back to AVIO in the development team of VEGA launcher. He has been VEGA Program Manager until 2008, when he started managing the entire Program Direction of AVIO Space Division. In 2010 he accepted the same position as Program Director in Europropulsion, subsidiary of AVIO and SAFRAN, based in Paris and Kourou. Back in Italy in 2013, he led the company ELV in transforming the extraordinary success of VEGA in a real commercial business and in securing the new agreement for the development of VEGA C. In 2017 he left ELV during his second term of office as CEO, and he assumed General Direction of CIRA. Since 2019 Dr. Pirrelli is Managing Director of SITAEL Space Division. He is also member of the Aerospace Technological District (DTA) of Puglia region. 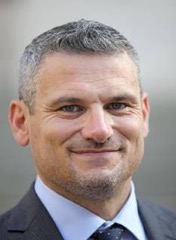 Gino Bucciol, after an experience in telecommunications in Telecom Italia, has been business manager of Triveneto region for Kilsen Italia S.p.A. In 2001 he co-founded Astrotech S.r.l. and assumed the role of Marketing Manager until 2009. Since 2009 Dr. Bucciol is co-founder, Business Director and Chief Business Development Officer of Officina Stellare S.p.A., delivering strategic decisions and identifying new clients and opportunities in the New Space Economy.

This website uses cookies to improve your experience while you navigate through the website. Out of these, the cookies that are categorized as necessary are stored on your browser as they are essential for the working of basic functionalities of the website. We also use third-party cookies that help us analyze and understand how you use this website. These cookies will be stored in your browser only with your consent. You also have the option to opt-out of these cookies. But opting out of some of these cookies may affect your browsing experience.
SAVE & ACCEPT